Skybox has broken ground on a new data center in Austin, Texas.

Announced in March 2022, Skybox Austin I will be a 30MW, 141,240 square-foot (13,100 sqm) facility located in the Austin suburb of Pflugerville and built in partnership with industrial real estate giant Prologis.

“Dirt is moving! Thank you to everyone that came out to support and celebrate the groundbreaking of Skybox Austin I,” the company said on LinkedIn this week. “We're beyond excited to see this project to fruition!”

The facility is being built on greenfield land on the corner of Meister Lane and New Meister Lane. The first phase is due for delivery by December 2022. The campus is master-planned to support up to two 141,000 sq ft facilities.

Skybox first partnered with Prologis in early 2021, when the two companies filed to convert an empty warehouse owned by the real estate firm into a data center in Elk Grove, Illinois. Around the same time it officially announced plans for Elk Grove, Skybox announced it was selling its Houston, Texas, data center to Element Critical. 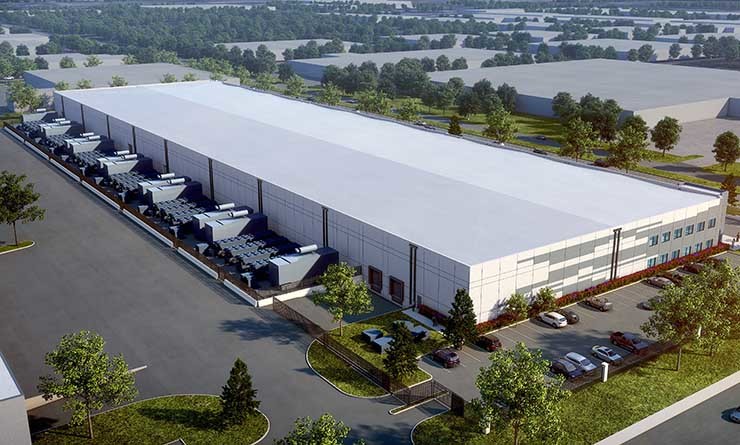 In December, Prologis filed for permission to develop a new 500,000 sq ft (46,500 sqm) data center on a 19.5-acre industrial site that it currently owns in Sterling, Virginia. Additional filings suggest Prologis is again partnering with Skybox Datacenters for the project, though the companies haven't confirmed this yet.

On its site, Skybox says it has developments in Chicago, Dallas, Austin, Houston, Northern Virginia, and Santa Clara.

Other firms have previously tried to bring data centers to Pflugerville. Baryonyx-backed WindData planned a wind-powered facility in the city circa 2009; the company planned up to five buildings and 10MW of wind capacity. By 2012, however, the project had been repeatedly delayed and never came to fruition.